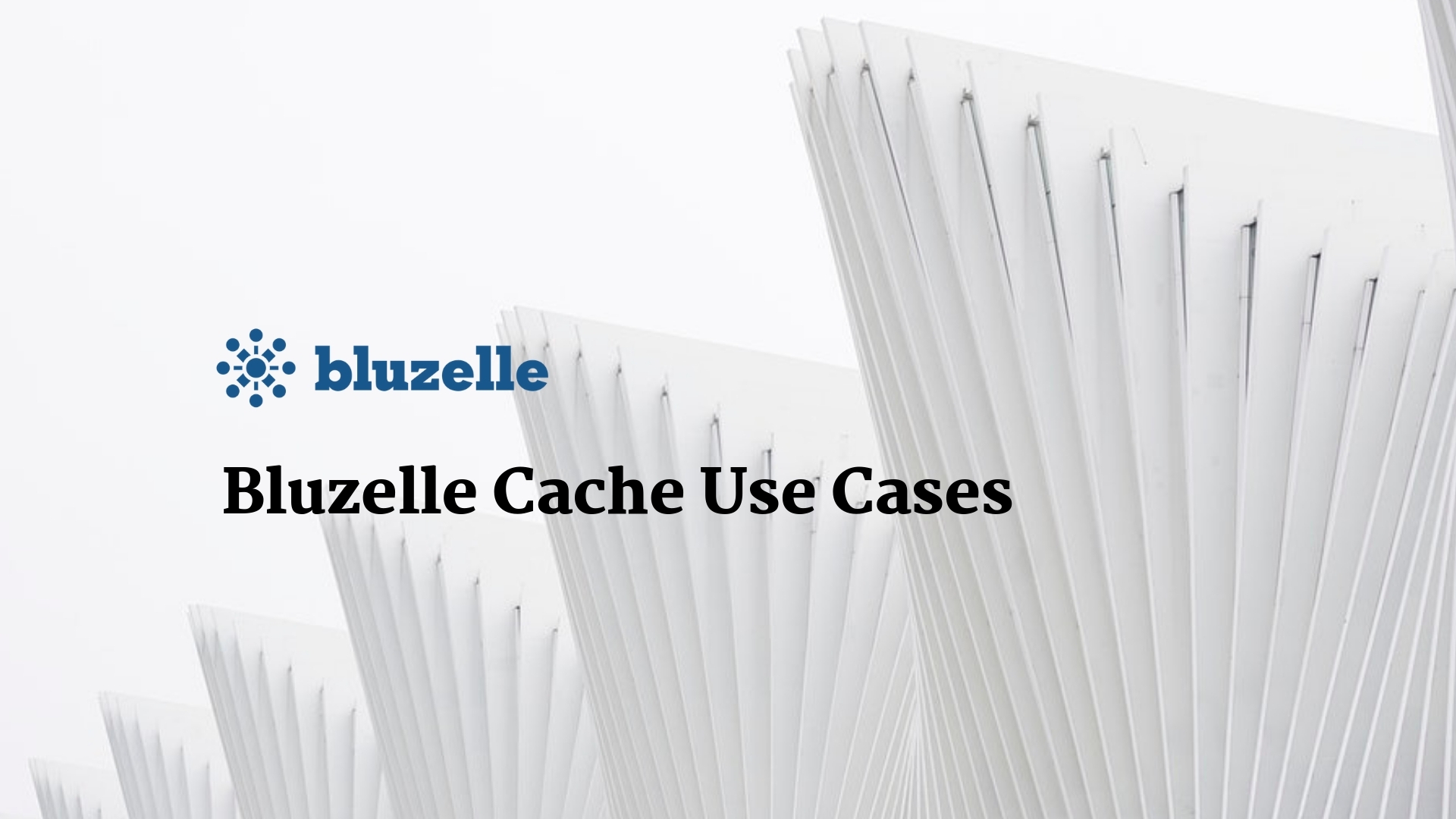 Describing core features of Bluzelle Cache and how it can used for certain industries.
By Pavel Bains

Last week we updated everyone with the forthcoming release of Bluzelle as a caching solution. As a quick recap, Bluzelle is a data store technology that can be used as a database and data cache. We’ve chosen to come first with a data cache for customers. This week I’ll describe the core features and how it can used for certain industries.

With Bluzelle cache we make use of the technical achievements we made with our prior two releases:

Like miner nodes on the Ethereum or Bitcoin blockchain networks, Bluzelle’s nodes are decentralized, being owned and operated by members of the public, all over the world. This means no matter where a Bluzelle customer is, a Bluzelle node is nearby to serve their requests. This translates to very high performance when accessing data stored on Bluzelle, with data coming from that nearby Bluzelle node.

Bluzelle replicates all data in a swarm, so that every member of the swarm has a complete copy. This is exactly how Ethereum and Bitcoin work — every mining node has their own complete local copy of the blockchain database. Bluzelle customers have the same assurances as blockchain users, that their data is always safe and available, thanks to an underlying architecture that is inspired by blockchain technology.

Bluzelle, uses the same 256-bit elliptic curve cryptographic technology that drives Ethereum and Bitcoin, and therefore has the same security characteristics. Bluzelle also uses the same trustless consensus algorithms. These ensure that only the owner of the data is allowed to modify or read it, much like how only the owner of a blockchain wallet can spend its cryptocurrency.

We’ve identified two initial industries that would benefit the most from our cache solution: video games and media.

Here we are referring to traditional video games, not blockchain based games. For anyone building an online game they don’t know where their customer group is coming from. Let’s say you are a game studio in Vancouver and your database is in a data center in Seattle. All of a sudden your game takes off in India. Because of the distance from the player’s device to the database, the game starts to slow down and disrupt play. This frustrates the gamer and the studio that worked so hard to get the customer now stands to lose them.

With Bluzelle’s decentralized data cache, there are data centers dispersed throughout the world and the game data is replicated everywhere at the same time. This means that no matter where the customer is they will always get the best performance possible. The game developer doesn’t have to worry about setting up each time as the data is already there.

Streaming video and audio now dominate the majority of the bandwidth of traffic on the Internet. While media companies typically have their own proprietary technologies to handle the specialized needs of video and audio streams, there are vast amounts of data being collected, generated, and disseminated. Also called metadata, these include:

This metadata is critical to being competitive and need to deliver results for the use fast. Bluzelle can be a cache for this metadata, enabling reach to a global customer base, and giving the streaming media company an availability and performance advantage.

Below is an example of the architecture of Bluzelle Cache. As you can see, it can work with any type of database.

We have other designs for even more specific ways to use a data cache which will be provided later in our overall documentation for customers.

Asa reminder we’ll have a product video to show the week of March 18.

Earlier this week, we released a strategic partnership announcement with Portal Network. Today, we would like to walk through our use case and demonstrate how Portal Network and Bluzelle are working together to drive blockchain adoption for both tech and non-tech users.