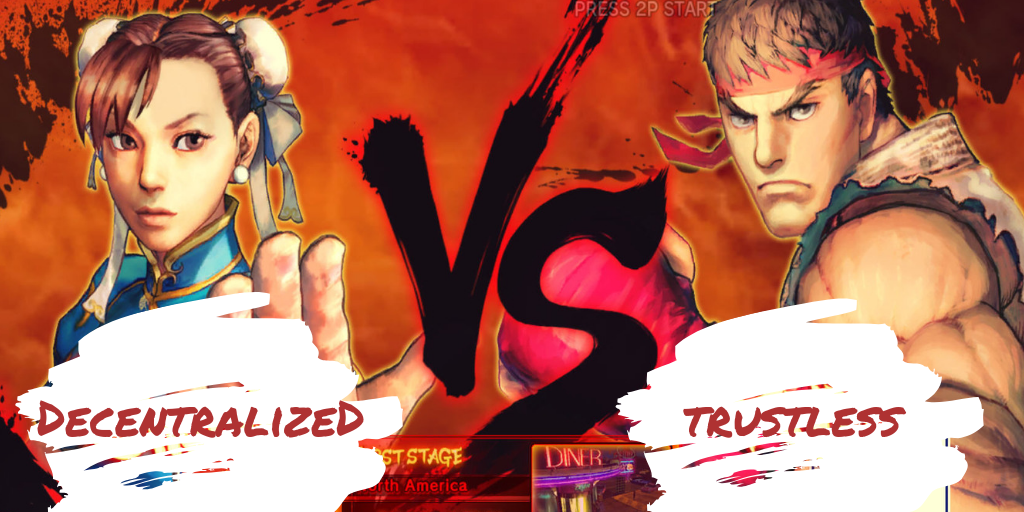 Bluzelle CTO Neeraj Murarka explained the definition of decentralized and trustless networks, as well as their differences and relations.
By Neeraj Murarka

In the past few years, the blockchain has become one of the hottest technologies in the software industry, promising to disrupt multiple sectors including banking/payments, IT infrastructure, insurance, government, and others. In fact, when it comes to decentralization and trustless computing, the only real technology that is actively discussed is "blockchain".

What are Decentralized Networks?

Decentralized networks’ nodes can interoperate without a centralized source of decision making and management. More specifically, the nodes can make decisions amongst themselves, including systemic administrative decisions on the basis of consensus, where some subset of the nodes collaborate using a consensus algorithm to determine a conclusion. There are many forms of consensus, but they all share the goal of making key necessary decisions as a group. The power here is obvious — no given node is special, so there are few vulnerabilities in such a network. Nodes can come and go, and in fact, there is no need whatsoever to validate or specifically give permission to individual nodes to join. Most importantly, no single node or conspiracy of nodes is able to unilaterally take any actions of material impact on the network as a whole. This is because properly designed decentralized consensus algorithms require the participation of a substantial proportion of the population in order for decisions to be made and ensuing actions to happen. This negates bad actors. Notable other networks in the decentralized family include mesh networks and swarm networks (like the Bluzelle DB).

What are Trustless Networks?

In trustless networks, the nodes participating do not have to specifically be permissioned or validated in any sort of way, yet these nodes, as a group, can be trusted to make the right, self-serving decisions that are also aligned with the best interests of the whole. More specifically, trust that was previously required of a single, centralized actor (like a database server) is now distributed so finely amongst all the nodes in the system, that trust in any one single node is no longer required, leading to trustlessness. Each of these nodes is incentivized by economic models to act correctly and cooperate with others. For example, in a PoW blockchain, each miner has a strong economic incentive to act properly by calculating hashes and finding a new block that furthers the blockchain. The miner earns a block reward plus mining fees, committing new transactions to the new block in the process. At the same time, the miner can be trusted to complete this process honestly and accurately, thanks to checking by all the other miners in the network but also due to the fact that all the miners are vested in the very currency they are mining for. As a result, any miner would be amiss to do something to negatively impact the currency’s value. Every such miner in typical blockchains is an unvetted and unidentified node, in a “permissionless” environment where the decisions of the network are determined by a group of trustless resources.