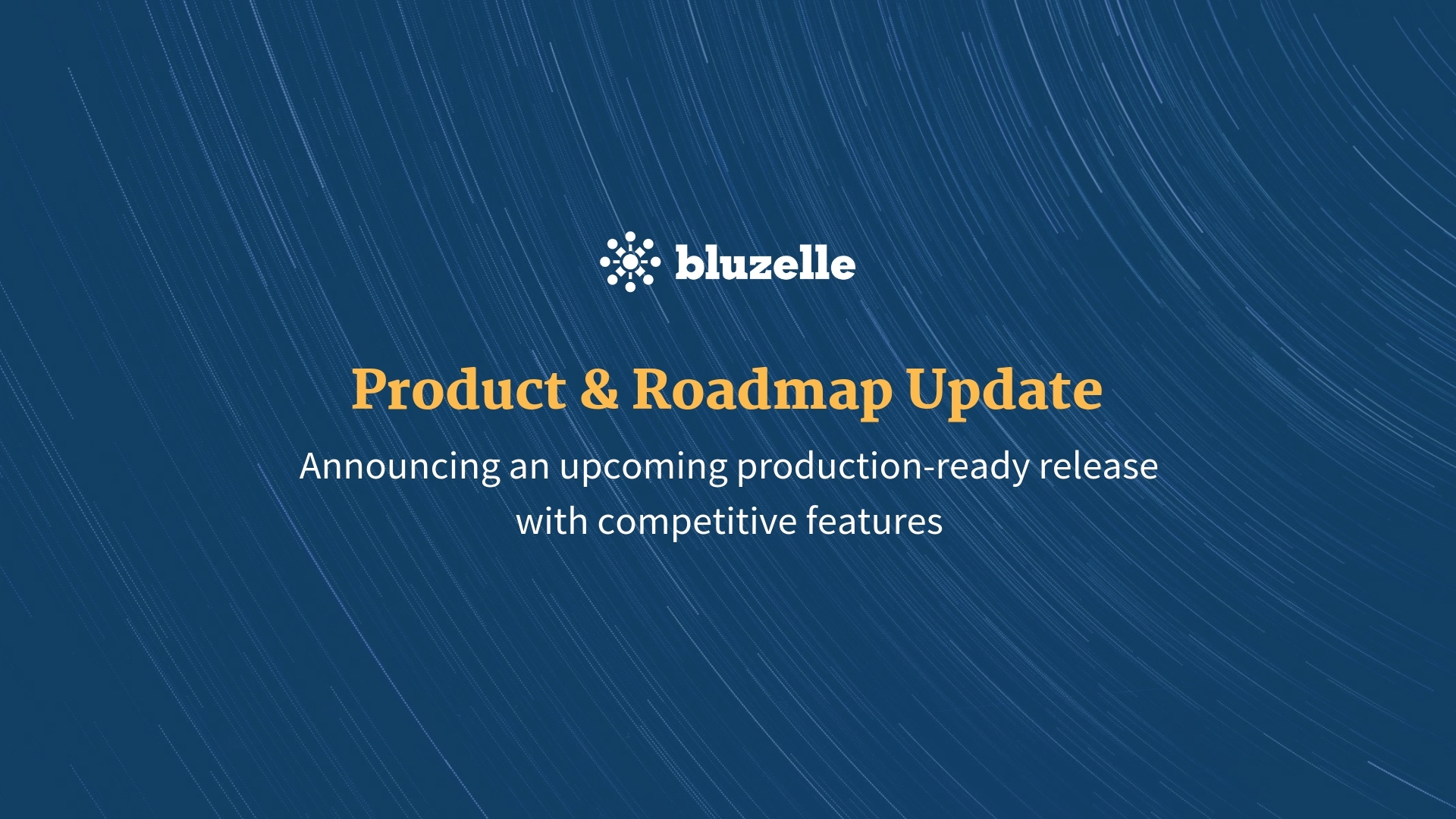 Being a start-up, we need constant validation of the product to ensure we are creating value for customers and token holders. We reviewed our latest release, Bernoulli, and determined that a lot has been accomplished. After gathering feedback from more than 200 developers, we believe that we have enough features to put out a version of Bluzelle that can be commercially available and adopted (which is sooner than what we planned for in our initial roadmap). We spoke with developers about the features of this proposed version and the feedback was overwhelmingly positive. We decided rather than having developers wait for a full database, let’s give them the features that they can benefit from now.

There are many advantages in releasing a commercial product sooner with excellent features, versus waiting months for a fuller product that is more feature-rich:

To recap, Bluzelle is a smart, in-memory data store. It is designed to natively support data types such as hashes, strings, sets, sorted sets, and lists. A database is one of the most common uses of data store technology. This is what most people commonly think of. Additionally this same technology can be used as a message broker, queuing system, and a cache.

The use of Bluzelle where we can excel faster is as a data cache, which we call Bluzelle Cache — a solution that improves the performance of software applications. This is important because when going for a global audience, it is mission critical for applications to be highly available and have high performance, otherwise you risk losing customers. Bluzelle Cache solves this.

Sticking with our convention of naming each release, we have named the Bluzelle Cache release as MEIER, named after Sid Meier, one of the greatest game developers in the world, and a native of Canada, the birthplace of Bluzelle.

What is a database cache?

All software applications require a database to store and manage the data. A cache sits next to the database and stores data that is regularly used. Let’s say you are playing an online video game. Instead of your game hitting the database each time for data, the game makes the request to the database cache. This reduces the load on the database itself, saving time and money. As the player, you get a much better experience.

The cache acts as a proxy to get data that might be used frequently, but the database is always the source of truth, if the cache does not have the requested data.

How can Bluzelle deliver a better data cache than others?

This is because we make use of the innovative features we developed for our decentralized database: auto-management, high performance and global replication. Blockchain technology enables Bluzelle to bring highly disruptive technology to an industry that has seen little innovation. The cache is an opportunity for Bluzelle to take on a leadership role, marrying decentralization with traditional database requirements.

Bluzelle Cache is easy to use as it is driven by code, instead of complex configurations. This makes life much easier for developers. They get instant high availability of all their data, with no slowdowns and fast performance. They can add Bluzelle Cache to their application in minutes.

Typical cache providers only provide one node (just like traditional databases do). Going beyond a single node is complicated and expensive. Bluzelle is decentralized and therefore offers global replication “out of the box”, so it is extremely durable against attacks and extremely fast for end users. With Bluzelle, it is also easy for the network to scale to new swarms, and to quickly add new nodes in geographical regions that need extra capacity, to maximize geographic proximity to customers.

Can Bluzelle Cache work with any database product?

Is Bluzelle Cache only designed for new applications coming to market?

How does Bluzelle Cache work in the entire Bluzelle ecosystem?

Bluzelle Cache becomes an easier way for developers to use our software even before the full database is released. By then, customers will have become familiar with our offerings, and the benefits of a decentralized solution. This path makes onboarding customers to Bluzelle Database much easier.

This seems similar to what Cloudflare did as a CDN for websites, isn’t it?

It is. Cloudflare provides a content delivery network (CDN) service for the web. A CDN is a network of nodes all over the world that distribute web content. Cloudflare distributed nodes around the world to make it faster for websites to load. So when you are visiting a website, instead of hitting the web server to load up the site, the request will go to one of the nodes that is close to you, known as “at the edge”.

Bluzelle Cache does for databases what Cloudflare does for web servers. Bluzelle moves data to the edge so applications can pull this data from a Bluzelle cache node instead of overloading the centralized database servers. The result is Bluzelle Cache brings high availability and high performance for data.

How does the Bluzelle database fit into this?

We will be updating the white paper so that it ties in Bluzelle Cache (the MEIER release) along with an updated roadmap for CURIE and subsequent releases.

The week of March 4, we will publish more about the customer segment, features and use cases for Bluzelle Cache.

The week of March 18, we will publish a video showing how to use Bluzelle Cache for a specific product and demonstrate core functionality.

In late April/early May we will release a commercial version of Bluzelle Cache which will be used by a select group of companies.

As you have seen for the past year we have met each one of our roadmap milestones for Bernoulli and Lovelace. We have tweaked the roadmap moving forward to include the Bluzelle Cache release (MEIER) so we can get customers quicker.

We’re excited to be have this new version coming out soon. We look forward to showing the first product video of Bluzelle Cache in a couple of weeks so we can get your feedback and most importantly acquire customers.

The beta version of Bluzelle is able to draw new developers from one of the biggest developer platforms in the market.